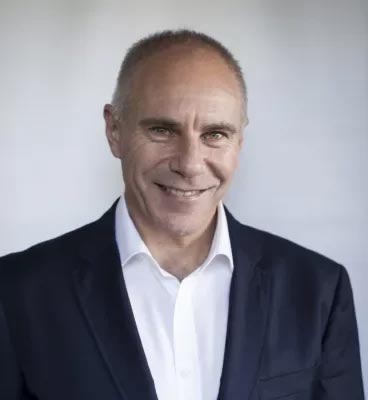 Tony was involved in the establishment of Booktopia while working in his family’s company as a sideline to the core internet marketing consulting business, Globalise Pty Ltd, which was established in 2001. Tony has been instrumental in growing Booktopia and formulating its business strategy throughout that time. Since 2007 Tony has held the role of Chief Executive Officer.

Tony received a series of business awards and is an industry-recognised leader in the book retail and online retailing industry in Australia. In 2018 he won the Industry Recognition Award at the Online Retailer Industry Awards. He was listed in Who’s Who of Australia in 2019.

Prior to Booktopia, in 1996 Tony established Best People International (an internet recruitment agency), having previously worked as a recruiter. Best People grew to employ more than 35 people. It was ultimately sold to Volante Group Limited, which was ASX listed at the time of the sale.

Tony studied computer programming at Control Data Institute and worked as a programmer at Cockatoo Dockyards in the mid-eighties. He then sold computers for a short period before travelling around the world for 3 years. He became a recruiter for the computing industry whilst living in London.

Tony is a Life Member of the Wilderness Society, the RSPCA (NSW) and the Australian Republican Movement.

"Embrace the entrepreneurial mindset. Take an attitude of ‘bring it on!’. And in doing so, clip the highs and lows…..Focus on sales. Not the bills! Have a mindset of abundance…. "
~ self