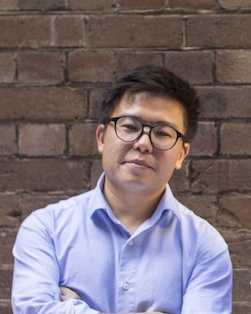 Tim Fung
Founder and CEO of Airtasker
listen to podcast

Tim Fung is the co-Founder of Airtasker Pty Ltd and serves as its Chief Executive Officer. Tim is responsible for the strategic marketing and business development of Airtasker. He is a Founder and Investor of several web businesses (including amaysim, Joe Button and Circuit Club). Tim serves as Director at Tank Stream Ventures. He has worked as a Consulting Talent Agent at Chic Management and spent five years in Investment Banking at Macquarie Bank and Macquarie Capital Advisors. Tim holds a B.Comm. (Marketing) from University of New South Wales.

I grew up in Australia, studying Marketing Tourism and Hospitality Management at UNSW. I had a strong interest in the tourism and hotel industry, leading me to work in a hotel. I then came across an ad on the UNSW jobs board for an internship at Macquarie Bank working in their Golf and Leisure department which appealed to me greatly. I was selected for the internship for 12 months of pro bono work which developed into 5 years of working in investment banking with Macquarie Bank. It was almost ironic given that Macquarie Bank were known as the millionaire’s factory back then and yet I wasn’t being paid anything. At the end of the day it was about prioritising the opportunity over the desire to earn short-term money, as a student working elsewhere a few days a week you may make a few hundred dollars but I think the experience of working somewhere like Macquarie Bank is so much more valuable. My side hustle at the time was living at home with my mother whilst studying at university, whilst it sure didn’t help with finding a girlfriend, it enabled me to be able to work for free.

In 2009 I was watching the hit series The Entourage, and remember thinking how much I wanted to be like Ari Gold. The celebrity lifestyle had so much appeal, so I applied to work at several talent representation agencies. I was picked up by Chic Management, one of the biggest agencies in Australia who have discovered some of our most successful models including Miranda Kerr. One of the owners who was only working at Chic Management as one of his side businesses, despite the size and success of the agency, one day asked me why he had an investment banker working inside of a modelling agency? I told him about my background which led to him offering me the opportunity to work on a business model that he was developing, the company amaysim which is a sim only based mobile company. This involved capital raising, securing the right people to be the company’s founders and then being part of a team who would take that company from being a power point presentation to an IPO in 6 years. During that time my co-founder, Johnny, and I came up with the idea for Airtasker.

I don’t think of all the things or companies that I am now involved in as businesses, some of them were just things that I enjoyed doing and were interested in. Circuit Club was the first real business which I started with Ivan, Daniel and Nerada who were friends from university. We started it out of necessity, as a group of boys who loved racing their little Hondas but who wanted to be able to do so in the safe environment of a racetrack but couldn’t afford to do so. We decided to put together as much money as we could as a group, rent out the racetrack and then sell tickets to other people so that they were effectively paying for us to be able to use the track. Tank Stream labs actually came out of the Airtasker office, we had office space which we weren’t utilising which we thought we should be using, a lot of these businesses have come about organically.

In 2011 I was living in an apartment with 3 other guys, but had decided it was time to move out. I asked one of my mates, Ivan, to help me with the move as he was working for a chicken factory so had access to a truck. We spent the weekend doing all the jobs that moving entails; packing box, cleaning, assembling furniture etc. Upon thanking him for helping me move, Ivan responded that I was the fourth person who has asked him to help him move in the last 6 months because of his access to the truck. It got us thinking about why we ask family and friends, who are often super busy themselves, to help us with these sorts of tasks yet there is a huge underemployment rate, where there are people who want more work and to make extra money. We realised that there was a need to connect these people, but the issue was that of trust, whether people could trust someone that they didn’t know to do these tasks for them. There are a few aspects of the Airtasker platform that focus on addressing the concerns of trust online, the first being the issue of identity and being able to verify who people are through email, text, and ID. The second element which we have been able to utilise is that of 3rd party validation by having police checks and recently introducing the ability with the CBA to be able to have your bank details verified and attached to your Airtasker account. This third-party validation helps to address people’s concerns that a review system can be defrauded, often with sites such as Tripadvisor you hear of people leaving fake reviews. The third, but probably the most influential element of trust that the platform utilises is the review system from people you have interacted with in the Airtasker marketplace. If someone does a great job for you, you can leave them a great review however if they don’t do such a great job, you can leave them an honestly negative review. All this information then helps the next person make their decision when selecting a tasker.

Our data suggests that about half the jobs on Airtasker are new jobs that don’t exist on any other platform or in any other labour marker, services which you would not be able to buy in a traditional marketplace. Airtasker is also opening up more traditional jobs too, for example with cleaning a lot of people find it too daunting to go out and find a cleaner, to know what it should cost and to know who to trust, Airtasker has been able to address these concerns. Airtasker is not just disrupting, but also creating a whole lot of new jobs that simply wouldn’t exist otherwise.

The number one theme which I like to preach about is balance, everything is a balance. Even in my business life, it is not completely entrepreneurial or completely corporatized as there is always an area in between. Obviously when you start out with just two people, there is a lot of scope to be calling the shots. A year ago, when we had twenty people as the part of the company, that ability lessened and now that there are 70 people you start to go through the common growing pains such as the increasing complexities, the challenges of communication and the need for more rules and policies. My biggest challenge now is being able to empower this significant group of people to go out and take this company further, to step back and to arm others. It comes back to the principle that time is money, one of the analogies I use to address the misconception that some people have around Airtasker that it is about the laziness of posters, is that if you go to Woolworths and buy a roast chicken, you have paid someone to raise it, kill it, cook it, package it and deliver it. Yet it is normalised that you would not do all these things yourself, the question then becomes why is it not normalised to pay someone to clean your house or help you to pack some boxes? It is about doing the things you enjoy doing and have time for, and then connecting with people who feel the same way about the jobs that you don’t enjoy or that you don’t have time for. You can then use that time for something that is more useful to or enjoyable for you.

We get all sort of jobs advertised from elaborate wedding proposals to travel overseas, one of the nice jobs recently was a guy who was offering money to taskers to purchase food and to provide a homeless person with a meal, taking a photo as proof. This then got reposted by other users in the marketplace who were inspired by the gesture. I like this as it shows when someone has the innovation to create a new type of job it then inspires other people to follow suit, Airtasker sees the spawning of lots of these micro industries every day.

My advice would be just to jump in, whilst it is not for everyone, if you do want to go and do something entrepreneurial one of the things you need to know is that entrepreneurs have very short memories. They do think all about the risks but they dive in, knowing that if it does fail then that’s okay, go back to something safe until you are ready to dive in again.

I really try to be routine driven, starting the day with exercise and then arriving at the office at the same time every day. When you don’t have a boss to answer to, it is even more important to make sure you are discipline with your routine. It is also important to set a time to leave work to go home, I go home by 7pm every night and only stay in the office late if there is some kind of emergency. When I go home, I try to chill out and spend time with my wife and my dog, and about half of the time I manage to avoid doing work stuff in my down time. My wife will probably tell you that I am not great at the balance, but it is an aspiration of mine.

I enjoy reading biographies as I find it more insightful to read about people’s real life experiences as opposed to just getting advice from people as you can then apply it your own experiences. I really enjoyed the biography of Phil Knight, Shoe Dog, which tells the story of Nike. It wasn’t pretty, it was a long and hard struggle starting from a very forward thinking professor who broke many waffle machines attempting to melt plastics for the soles.

To join the Airtasker community, all you need to do is visit Airtasker.com or download the Airtasker App. You can post a task, describing your needs and budget, and then wait for the offers to come in, check out their reviews and profiles to decide whether they are the right fit for you. Once you find the perfect fit, you can assign them to the task and once the job is completed, you release the funds through the app and leave the tasker a review.