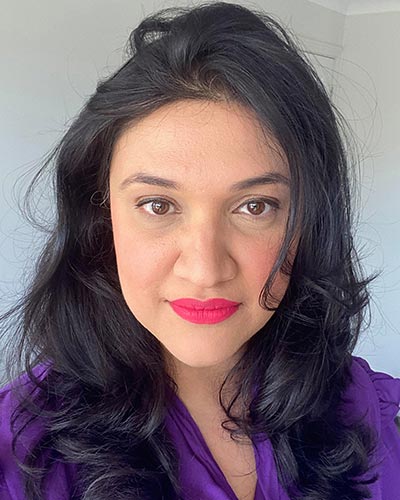 Tanya is a Senior Executive with 15 years of experience in leading Remuneration & Benefits functions, HR systems and talent management.

She has a significant technical depth and breadth in reward strategy including executive compensation, incentive designs, benefits offering, recognition and global mobility.

Tanya is an advisor to a board and senior executives with a passion for leading HR transformation through the application of contemporary HR strategies and large-scale projects. She has a mix of consulting and corporate experience in large ASX listed organisations with significant international presence.

"True belonging is the spiritual practice of believing in and belonging to yourself so deeply that you can share your most authentic self with the world and find sacredness in both being a part of something and standing alone in the wilderness. True belonging doesn’t require you to change who you are; it requires you to be who you are."
~ Brene Brown
LISTEN
READ

Growing up in India, Tanya Singh was routinely told that being born a girl meant she was a failure, and that nothing she did would ever be good enough.

After unexpectedly losing both her parents as a child and being raised by her two sisters, both of whom have gone on to be strong, successful, and independent women in their own right, Tanya had to learn independence and resilience from an early age. Upon moving to New Zealand to pursue a degree in computer science, she had to adapt to an entirely new culture while also working part-time to support herself.

In today’s episode, Tanya talks about being pressured into studying computer science, how she stumbled into HR and reflects on how her first mentor helped her visualise what her career and long-term goals could look like as a young woman of colour. Tanya shares some of the disheartening experiences she’s had regarding inclusion, and how she overcame her initial devastation through a renewed determination to succeed.

We hear from Tanya about the lessons she’s learned as a working mother, her hard-earned self-acceptance, and why diverse individuals should be valued for their authenticity and life experience. She also shares her incisive opinions on steps that organisations can take if they are truly committed to inclusion.

For all this and much more, tune in today!

Key Points From This Episode

“It was made very clear to me by those around me very early on, that for me, being a girl was a great disappointment. I pretty much failed at birth by being born the wrong gender.” — Tanya Singh [0:01:33]

“He was so extremely confident in my skills and he believed in me so openly that seeing his belief in me really supercharged my own confidence. Working with him, I realised that I can set myself goals and achieve things that I probably haven’t thought of before.” — Tanya Singh [0:06:54]

“I am the sum of my experiences and I strongly believe that organisations should hire people like me, not despite that, but because of that.” — Tanya Singh [0:14:38]

“We live in a society where we expect mothers to work like they don’t have a family and to parent like they don’t work. I happen to believe that having children has made me so much more confident and more productive.” — Tanya Singh [0:14:53]

“I think the advice I would give is not to myself, but to organisations out there. And the advice is this: You cannot claim to support diversity without creating an environment in your organisation that allows people from diverse backgrounds to succeed.” — Tanya Singh [0:15:07]

The Six Pillars of Self Esteem
~ By Nathaniel Branden