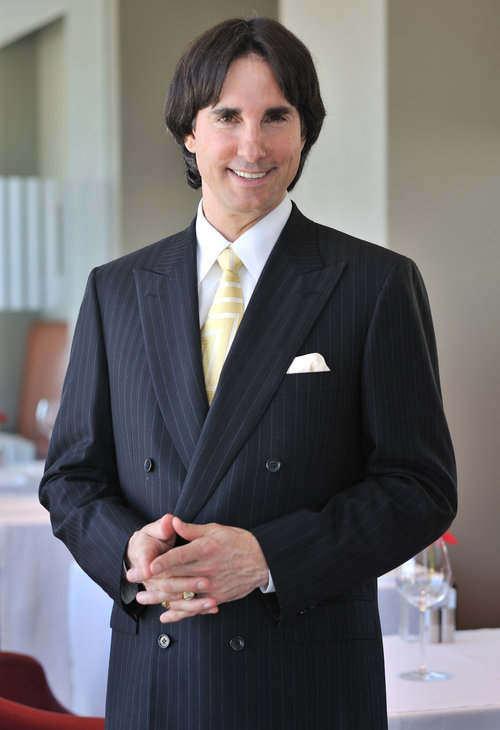 Dr Demartini is considered one of the world's leading authorities on human behaviour and personal development. He is the founder of the Demartini Institute, a private research and education organisation with a curriculum of over 72 different courses covering multiple aspects of human development.

His trademarked methodologies, the Demartini Method and the Demartini Value Determination, are the culmination of 44 years of cross-disciplinary research and study. His work has been incorporated into human development industries across the world.

Dr Demartini travels 360 days a year to countries all over the globe, sharing his research and findings in all markets and sectors. He is the author of 40 books published in over 29 different languages. He has produced over 60 CDs and DVDs covering subjects such as development in relationships, wealth, education and business. Each program is designed to assist people to activate leadership and empower themselves in all seven areas of their lives: Financial, physical, mental, vocational, spiritual, family and social.

What can these show notes say about Dr John Demartini that hasn’t been said already? His story is a popular one, and is journey is an amazing one. Dr John describes his career as ‘helping people fulfil what is most inspiring to them’, which encompasses writing, researching, consulting and speaking across the globe.

Dr John describes the love he has for what he does, which is truly special in itself. The difference he is able to make inspires him, and the feedback he receives fuels him to continually strive for more.

It has been a dream of his since he was just 17 years old – he describes his ‘job’ as being the highest on his list of values in terms of what he wants to do with his life. As such, he doesn’t feel the need to ‘chill out’ or take a break as he is already doing what he enjoys most.

Dr John talks about the phenomenon in our life where people project their value set on others, and have perspectives on our lives through their set of priorities. Some see what Dr John does day in day out as inspiring and invigorating, some see it as draining and demanding. To Dr John Demartini, what he does it what he does in his eyes, not the eyes of others.

Dr John tells the story of living in Hawaii in a tent – a surfer who was a school dropout with a speech impediment. He met a man who in one hour changed his life. He gave a talk that Dr John attended and said that ‘what you do tonight will become your destiny’. Dr John had a vision of speaking in front of a million people, and it was not only what he did that night that was his destiny, but also what he has been doing for the past 50 years

Define What You Want To Do

In helping us find our fit, Dr John believes that every human being has a set of values and priorities. When we’re living these highest values and continually chasing what means most to us, we’re naturally inspired. Anything ‘below’ those highest values is when we start to rely on motivation rather than inspiration.

To assist with this process, check out Dr John’s complimentary value determination exercise at: drdemartini.com/values-determination/.

Struggling to find the rationale or reason why we go to work is a challenge for so many of us.

In this instance, Dr John believes that we need to clearly define our values and work out the extent to which we are engaged and deterred from the different sides to our role. He believes that no one works for a company; we work to fulfil our values.

If you find what you love, you’ll excel at what you do and build massive momentum in whatever that space may be. Dr John believes we should give ourselves the permission to do what we want to do, without comparing ourselves to others.

Discipline seems like it forms a significant part of what Dr John is able to achieve. Listen in to hear about the way he schedules his day, defines his agenda and sorts his priorities.

But to him, he doesn’t see it as discipline. He’s doing what he loves, and has quickly realised what works and what doesn’t work. He understands his priorities, the obstacles, the efficiencies and his mission.

Fundamentally, Dr John speaks about his clarity of understanding surrounding what he wants to accomplish and why. Going for anything else is illogical and irrelevant.

Starting Out Our Day

The start of our day is such a critical time and our previous mentors have all had their own methods and madness to get them going.

Dr John asks us to ask ourselves: ‘what is the one thing I can do right now to get out of my own way and fulfil my mission’. Once this is fulfilled, we ask the same question and go through the same process. So long as we stay on priority, Dr John describes, we will build momentum and those incremental changes will make a monumental difference.

Dr John also feels that we should write down our six or seven highest priorities for each day. Doing this process over weeks, months and years will allow us to compare these priorities and find patterns in what matters most to us.

Despite whatever morning routine we may have, it is often a challenge to stay on track and stay on task.

When this happens, Dr John’s thoughts are that our distraction is merely a perception. We’re not grasping what our highest priorities are and therefore where our energy should be channelled toward - “know thyself, be thyself, love thyself”.

You can find all you need to know about Dr John and his incredible programs, workshops and research at drdemartini.com.

Collaboration with the Jack Group

Ahead of The Mentor List’s exciting collaboration with the Jack Group in an upcoming six part series, we’d like to thank Samantha Brown, CEO of the Jack Group, for co-hosting this episode and adding her insightful perspectives as always.