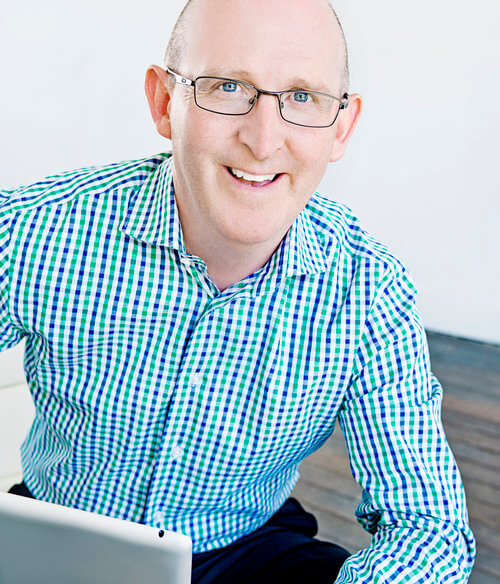 Dermot Crowley is the Director and founder of Adapt Productivity, a Sydney based training company founded in 2002.

Dermot is one of Australia’s foremost thought-leaders on productivity. He is the author of Smart Work and Smart Teams, and the founder of Adapt Productivity. Building on many years of experience in the productivity training industry, he created Adapt in 2002 with a vision of helping management and staff in Australia’s leading organisations to manage their time, priorities and emails more effectively using tools like MS Outlook and mobile technology.

Dermot has a highly inspiring yet practical approach to productivity in the modern workplace. His passion is creating real behavioural change, and he has developed a system for working productively that is applicable to anyone working in today’s busy, email driven workplace.

While remaining heavily involved in the training activities of the business, much of Dermot’s time is spent working with senior leaders and leadership teams on their productivity, and their ability to lead productivity in their teams. His pragmatic approach and wealth of experience ensure that he brings relevant strategies to the table for the leadership level. His focus on productivity technology ensures that executives are getting the most from the tools at their fingertips.

"In preparing for battle I have always found that plans are useless, but planning is indispensable."
~ Dwight D. Eisenhower
LISTEN
READ

Dermot Crowley’s career began in Ireland, where he didn’t go to tertiary education and had to forge his own path. He started in retail and moved on to work in a wine company, where he had the experience with working with the ‘best and worst bosses’ in the world. This gave him an appreciation for customer experience and personal competencies.

Dermot then came to Australia 25 years ago and never looked back. He started working with a time management training company specialising in paper diary systems and immediately fell in love with the idea of productivity. After working there for a few years, he was made redundant and decided to go it alone.

He had enough of a payout to last him six months, and it was in the penultimate month that he made his major breakthrough. His business helped clients to take advantage of the productivity and time management tools available with the emergence of technology, and soon he was inundated with requests.

He describes another turning point about five years ago, where he had a great client base but reached a certain ceiling. There’s only so much of your time you can sell. It was at this point where he came across the Thought Leaders practice (a Mentor List favourite!), which transformed his thinking and took his business to the next level.

He took his teachings to those based off what others have researched and regurgitated to his own thoughts and perspectives, which has skyrocketed his success.

Dermot mentions that individuals often read theories and lessons, but don’t know how to ‘execute’ these learnings on their devices. He feels we often tend to fragment our work and have too many places to look when we are looking to get organised – such as our email, notepad and phone.

He suggests centralising our to-do list and creating tasks that are time based, thus making it a practical, manageable and less overwhelming.

In addition, Dermot believes in getting the action items in our inbox to zero at least once a week. This gives us focus and clarity as to what needs to be done and when. Finally, schedule certain times in the day to check emails, don’t have it as your home screen and turn off those notifications!

Dermot feels it is vital to take time out to plan, in order to make better decisions about our time. He follows the following three-dimensional process:

"In preparing for battle I have always found that plans are useless, but planning is indispensable." Dwight D. Eisenhower

As mentioned, Dermot feels that the Thought Leaders practice helped him bring his ideas to life. His books are based around managing tasks lists and inputs, aligning outcomes to achieve objectives and dealing with team productivity as well as from an individual perspective.

He didn’t think he had a book in him, but now he has two! 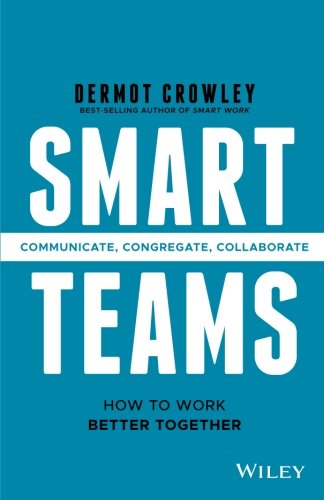