Stuart Richardson - Journey has a genesis 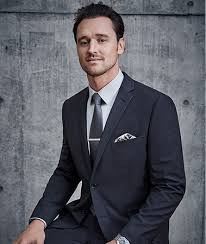 Founder of Australian early-stage technology venture capital firm, Adventure Capital, whose amazing team has the privilege to work with Australia's talented entrepreneurs by providing equity, debt, and real-world experience to accelerate growth, and enable them realise their potential - globally.

Graduate of the distinguished Stanford Executive Program (SEP'09), Australian Defence Force Academy (ADFA'99), and holds Bachelor of Aerospace Engineering (UNSW), Master of Management/Engineering Science (UNSW), and completed Executive MBA studies with MGSM. Stuart became a Fellow of the University of Melbourne in 2015, was recognised #20 in the Business Insider Tech100 in 2016, and is privileged to inspire the next generation as one of the Van Heusen Mentors.

Prior to founding Adventure Capital, Stuart worked extensively across the Defence and Intelligence industry leading the development, delivery of high-stakes and complex projects and capability, and the associated operations.

"The universe is change; our life is what our thoughts make it."
~ Marcus Aurelius
LISTEN
PHOTOS
READ

Stuart Richardson started life in country Victoria, equipped with a dream to become a jet pilot. He joined the Air Force and the Australian Defence Force Academy after finishing school, balancing it with his studies in engineering and management at the University of New South Wales. During this time he also created and published websites during a time of the expanding Internet sphere.

He was in fast pursuit of his goal and seemed to have the balance right, but it was an injury that made him reflect and reconsider what he wanted to do. He was medically discharged from the Air Force and no longer able to practice as a pilot, which turned his attention toward other pursuits.

He started a consulting business focusing on high stakes and highly complicated systems such as satellite systems and defence force mechanisms, which enjoyed triple digit year-on-year growth in the first seven years. Although he loved exploring his creative side, leading teams and managing a growing business, Stuart was immensely curious about generating new businesses and sustaining high volumes of growth.

The Stanford Executive program provided him the platform to do just that, equipping him with the platform and disciplines to launch his career to new heights. Stuart recalls how it enabled him to take the next step in his ventures, including step-wise change to go global and immerse himself in the venture capital space.

Venture capital in Australia has incredible untapped potential. The rigorous education system creates enormous academic product and thus the supply of papers and patents to feed the supply side, as well a large pool of funds that competes on a global scale. On the demand side however, there is a distinct lack of commercialisation and thus an enormous latent capacity of human capital and intellectual property to realise this potential.

Stuart recognised this, and understood the opportunities that existed within the structures and systems in founding York Butter Factory (YBF) Ventures – essentially a matchmaking or brokerage service operating in the medium between start-ups and corporates to provide for a channel of understanding, communication and investment.

Further to this, Stuart founded Adventure Capital Venture Management that focuses on starting and scaling high-growth businesses, including many he’s founded himself – Hoist, PayActiv and Equiem. He thrives on the opportunity of working with people who love what they do and embraces both the opportunities and challenges that entrepreneurship brings.

Throughout all that he has done, he has a passion for realising common causes, visions and values. Summarising Stuart’s story into short-form show notes is an incredibly difficult task given who he is and what he has done – this is essential listening.

In this early career, Stuart recalls focusing on hard systems and hard data – without acknowledging and appreciating his intuition. He feels it is thus important for us to understand our influences, soft systems and ways of thinking in our decision-making.

Mindful of the ‘tall poppy syndrome’ that exists in this country, Stuart wants us to explore our potential. He feels that being ambitious is critical, as is taking ownership and pursuing those ambitions.

Stuart feels it is integral to avoid ‘overprogramming’ our schedules, so as to allow us the time to think. This also comes in the form of activities and hobbies that assist us to access our creativity and permit us to think and become – such as surfing, mountain biking and meditation in Stuart’s schedule.

'The universe is change; our life is what our thoughts make it.' - Marcus Aurelius

Stuart is always looking to connect with people who want to change the world, find him on LinkedIn (linkedin.com/in/stuac), on Twitter @stuac or find him at the YBF Ventures office in Melbourne when he’s not on the road.