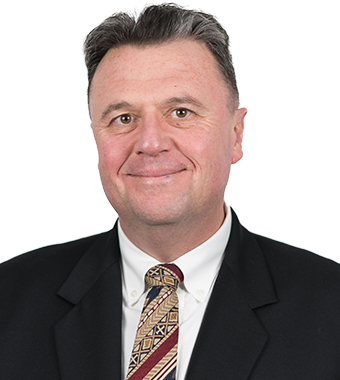 Dr Sam Wylie is a Principal Fellow of the Melbourne Business School, an Associate Professor of the University of Melbourne and a Director of Windlestone Education.  Dr Wylie’s research and consulting is focused on banking, wealth management, corporate finance and the GFC.

Dr Wylie was an Assistant Professor at the Tuck School of Business at Dartmouth in New Hampshire from 1997 2004.  He obtained his  PhD from the London Business School.  He also has a Bachelor of Engineering degree from the University of Western Australia.  From 1986-1992 Dr Wylie was an Intelligence Officer with the Australian Security Intelligence Organisation.  He is married and has three teenage children.

I was born in Darwin to an architect mother and an engineer father, engineering was the choice of career for the male members of my family. From my father, to my brother and now even my own son, we were bred to be engineers of some kind. So, naturally my first university degree was engineering which I undertook at the university of Western Australia, the place where I met the woman who would eventually become my beautiful wife, Tracy.

I always had a strong love of maths and science, yet I wasn’t cut from the same engineering cloth as the other males of my family. I followed what seemed like a natural path but I knew it wasn’t for me, I was lazy and unmotivated by the material, resulting in me not achieving my full potential or the sort of results that I would go one to achieve in my later studies.

Upon completing my undergraduate studies, I decided it was time for a break whilst I worked out what was next for me. I took some time off to travel and ended up working for a railway gang for 5 months, transforming my physique into a complete ball of muscle. I jumped from job to job, from painting houses to starting my own business, yet I knew I needed something more structured and more permanent. I decided to apply for the ASIO graduate employment program as I felt this was a way that I could perform some kind of national service, whilst utilising my strong interest in politics. The process of applying and eventually being accepted into the program took a considerable period of time given all of the security clearances and the like involved.

I was accepted into their training program working in counter terrorism, firstly as an analyst and then as a case manager carrying out counter terrorism operations. I enjoyed the work and remained with ASIO for 6 and a half years, during which Tracy and I were married. Whilst I enjoyed the work, I came to realise that it was one thing to serve the nation and another to

make money, so I decided it was time to move on, I had the flexibility inside of myself to move on from something that I no longer felt was right for me. My plan was to go on to work as an investment banker as I had always had an interest in finance and figures.

At the time I was based in Canberra, and needed to undertake further studies to move in the career direction which I wanted, however there was no good MBA program to speak of in Canberra at the time. I knew that if I really wanted to pursue my MBA I would need to either attend the Melbourne Business School or the Australian School of Graduate Management. Prior to deciding to make the move, I undertook some economic units with ANU which I knew I would be able to get credits for when I went on to my MBA.

As soon as I started my economics studies I was hooked, it was everything that I loved. The first teacher that I had, Ian Harper, was an absolute inspiration and to this day much of what I have taken on to be a successful teacher I learnt from him. He had a unique ability to clearly articulate the power of economics, to explain things which we see in economics but for which there is no framework for learning. I am a big believer in the idea that economics and finance should be explained in plain English, whilst there are a few areas which really are rocket science these are such a small part compared to the mainstream of what we deal with in finance. If people can not explain concepts in plain English it means that either what they are saying is wrong or that they do not truly understand what it is which they are trying to explain. This shifted my interest from becoming an investment banker to being an economist, so I went back to studying full-time for 9 months in order to complete my masters.

The more I learnt, the more I realised that my true passion was to become an academic, as I was driven by a strong thirst for knowledge. I loved economics and I loved the feeling of being back at university, fuelling this every growing thirst. I decided to then apply for PhD scholarships at many of the top universities across the US, the only place I applied outside of the US was the London Business School. I was lucky enough to get offers from a number of universities, including the London Business School which was the perfect fit as Tracy was able to commence work immediately in London which she wouldn’t have been able to do in the US. So off we went in pursuit of furthering my education, a four year period of working with terrific academics, predominantly Elroy Dimson, author of the famous economics book Triumph of the Optimists:101 years of Global Investment Returns.  During my studies I became increasingly interested in the area of wealth management, this became the focus of my PhD studies.

At the end of my 4 year studies, Tracy and I had the first of our three children whilst still in London. We then attended a conference, where the PhD graduates from the top schools are recruited whether it be into Wall Street or into academia. The big schools attend the conference to try and recruit the best recruits to come and teach at their schools, similar to the drafting process in football or basketball. I went in the second round to Dartmouth, an Ivy League School in New Hampshire where we remained for 7 years, despite our original intentions of only staying for 2. Our second and third children were born during this time.

After 7 years, we came back to Australia where Tracy wanted to live in Perth whilst I wanted to work in Melbourne after speaking to a number of senior academics at the Melbourne Business School. I have been at the Melbourne Business School since, flying back and forth between Melbourne and Perth every second week. When we moved back to Australia, I started to spend less and less time doing research and doing more and more teaching, which is my true passion. I started teaching more subjects and moved into corporate teaching, also getting involved in public intellectual roles such as enquiries rather than focusing on research.

I am now a principal fellow at the Melbourne Business School and own a business called Windlestone Education where I do consulting and teach a couple of courses, especially to investors. My focus in the next few years professionally is going to be on writing and working on the two books that I currently have in progress.

One piece of advice which I would give to my younger self if I could go back in time is to listen more to what other people have to say, as I didn’t listen enough when I was a younger man. I received a lot of great advice when I was younger, which I ignored at the time. It wasn’t really finance related advice but just general advice which I should have listened to, I have a very independent, almost utilitarian impulse in my nature.

I do have some habits which although I am not naturally great at, I make an effort to work on including being focused on what I do and intensely focusing on the different projects that I am involved in. In order to do this, I specifically work on blocking other things out and on time management in order to optimise the quality time I have for those projects.

A specific habit which works well for me is getting up early in the morning when I am less likely to be distracted and when I have a full charge of energy, which I can then use on the most important thing for the day. It is a constant challenge though to do this.

It took me a long time to come to realise the value of visualising your goals, I use to think it was all baloney but through experience have come to learn that nothing could be less true. If you visualise something in your mind in a structured way, to fix in your mind the direction you want to go and the end points that you want to meet, you automatically move towards this. The structured use of visualisation and affirmation is something that I have done for a long time so I do try and set aside time to be as precise and as realistic in visualising what it is that I want to achieve.

As a separate notion I do meditate, when I was in my 20’s Tracy dragged me along to a session on meditation, and to both of our surprise I found that it really worked for me. I don’t meditate in a real structured way or on a day-to-day basis but I do when I feel like I need to, I find it a very effective way of dealing with stress and a very useful tool.

My favourite quote is one of Edmund Burke, a very famous conservative thinker, although a liberal myself, ‘All it takes for evil to prevail is for good people to do nothing’. This is a quote about entropy, that the world moves from order towards disorder automatically. To maintain things that are ordered, or to maintain things that are beautiful takes energy. It takes everyone’s energy to make society better and better, it is not enough for us to sit back and say well I didn’t do anything wrong.

My favourite book, which I only read two or three years ago is Fydoor Dostoevsky’s The Brothers Karamazov, which was recommended to me by a colleague when I was discussing how the numerical and financial focus of economics really drives the spirit out of you when you have been studying it for some 25 years. Dostoevsky’s work is almost like, if economics drains the spirit from you a little bit over time, well this work sings the spirit back into you. It is so much about human spirit, that it becomes rejuvenating to read it. He has another book which is supposed to be very good, The Idiot, which I am yet to read. 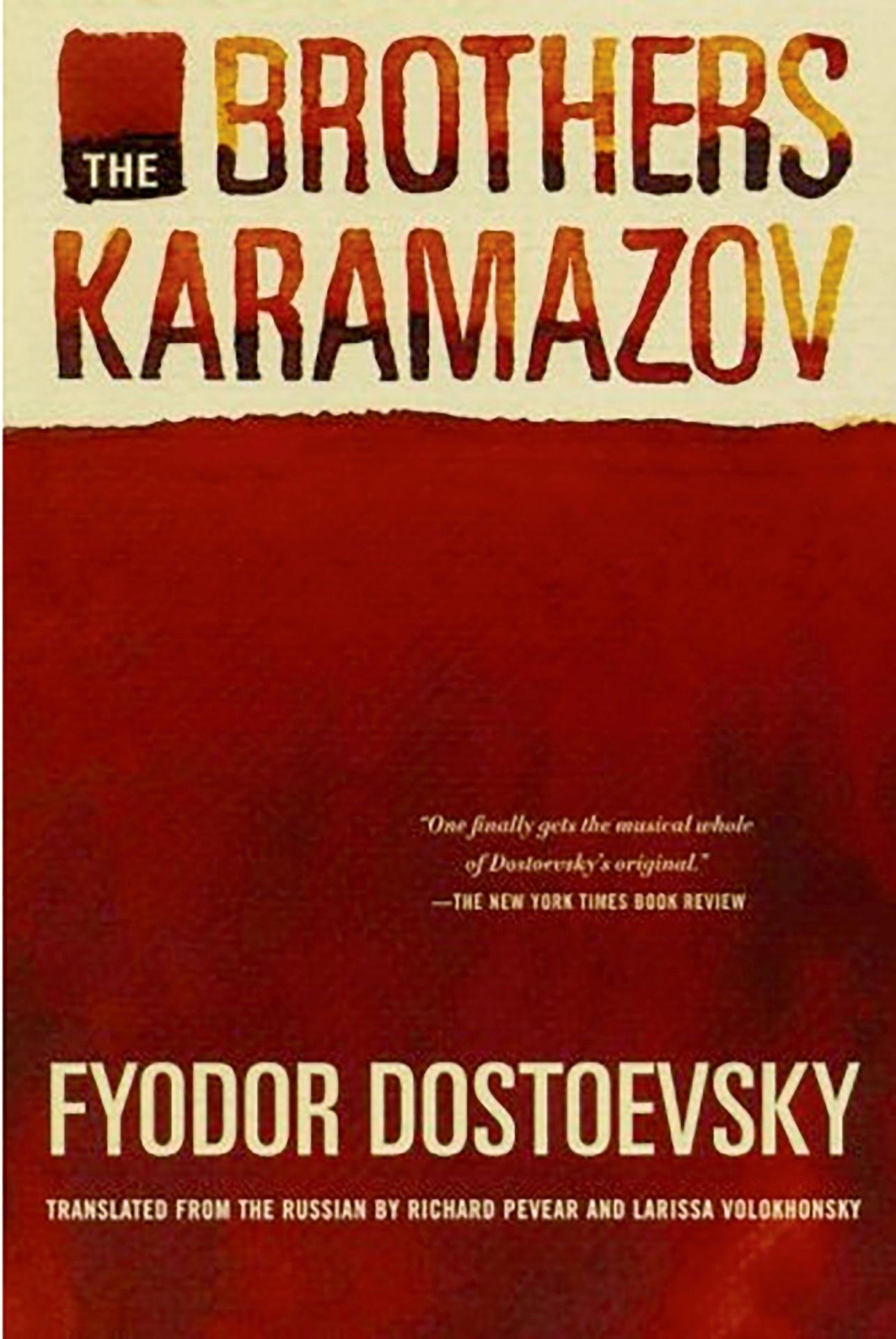 Listeners can get in contact with me via LinkedIn, I also have a newsletter ‘Sam Wylie’s Financial Newsletter’ which I can send to listeners via LinkedIn if they send me an invitation to connect.