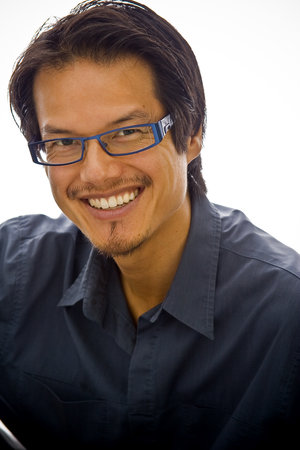 You are about to appear on The Mentor List Podcast or one of our associated channels. To make sure you put your best foot forward we have teamed up with TedX Melbourne curator Jon Yeo to deliver you a brief conversation about how to deliver an effective message.

Whether an audience of 1 or 1000, we need to be able to quickly and effectively build rapport. Jon Yeo helps executives and brands design a meaningful and compelling brand story that connects and engages audiences.

Jon is the Curator of TEDxMelbourne and Chapter President of Professional Speakers Australia
CONTACT
LISTEN
READ
Have you got a TedX talk in you?  Would you like to explore speaker coaching? If so leave your details here.

Jon Yeo - How to deliver an effective message

People often do not think of themselves as a brand. However, I would argue that a brand is anything that you experience, something that you experience as a result of two functions. Firstly, where it is or in other terms its position and secondly its presence, being the ability to hold people’s attention disproportionate to anyone else. When you are differentiating yourself as an employee, as a leader, as a brand or as anything else, you really want to have those two functions. For example, McDonalds doesn’t try to be a fine dining experience. It tries to be universally consistent regardless of what country you are ordering in. It does not try to do more or less than that, it knows exactly where and what it wants to be. Another example would be Tesla who tries to be the future of electric cars and it defines itself in that space, even though it has not technically produced that many cars to date it is the most valuable automotive brand in the world because of its disproportionate degree of presence. You could say the same for Apple who doesn’t have a significant market share, although for phones they may now, but when it started it only had 10% of the computing market when it then released the i-Pod, then the i-Phone and then the i-Pad. It grew in this way into something which now has a disproportionate share of market presence.

Every brand or every brand experience that you create, whether it is an individual or as an organization, really needs to have those things; who you are and how you are defining yourself as well as how you are distinguishing yourself in that market. Distinguishing yourself is really where reputation and thought leadership sit. If you think about all the brands that distinguish themselves, they have one of those two things. They either have a great reputation such as Mercedes or they have developed thought leadership like Tesla. When you are communicating that message, you need to be able to understand where you sit within that environment. The environment is one of the first levels that I always speak to people about because it is the nature of where things are. For example, when I talk to people about speaking, I do not tell them only about the technical ways in which to speak or the theoretical models of speaking. I talk to them about the reality that we are today living in a different world, one in which we are all constantly busy and all constantly distracted. People today have shorter and shorter attention spans for absorbing information, we have gone from the likes of War and Peace, the world’s longest novel down to a short 140 or 280-character tweet. We have gone from 45 minutes symphonies down to 30 second jingles. When we are communicating today we need to be mindful of what our short version is, there is no real speaking equivalent but we all know that the best type of marketing or promotion is word of mouth. So, then the question becomes how we articulate a compelling message in short periods of time. I think the interest in being able to do so is only growing, as an interviewee of any of these podcasts you need to be able to do exactly that.

The five levels of understanding