James is a strategic leader with an impressive track record taking local Australian business through significant growth and expansion into international markets. During his tenure as the Managing Director and CEO of Incitec Pivot (IPL), James led the largest Australian corporate growth story on record. Over his 14 year tenure, first as CFO and then as CEO, the company increased in size 6-fold to an enterprise value of $8bn. Other significant highlights during his time at IPL included overseeing construction of two new $1bn world scale manufacturing plants (one at Moranbah, Australia and the other at Louisiana, USA), successfully integrating the $3.6bn Dyno-Nobel acquisition (which took IPL global) and restructuring the group to become a global industrial chemical company with operations in 13 countries around the world.

James is also Vice-Chancellor’s Fellow at La Trobe University and in this capacity provides advice to the Vice-Chancellor and Senior Management on strategy, culture and operational excellence. James is also an Adjunct Professor at La Trobe Business School specialising in management, international business and digital. James passionately believes in diversity and is a member of the Melbourne Male Champions of Change group.

James is currently the Chairman of Osteon Medical, a leading digital health business; and Manufacturing Australia, a CEO-led coalition of Australia's largest manufacturers who work with all sides of government, business and community to help the sector realise its full potential. 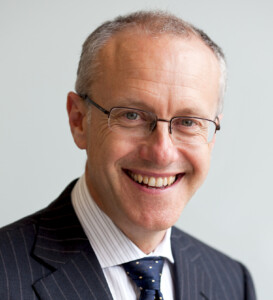