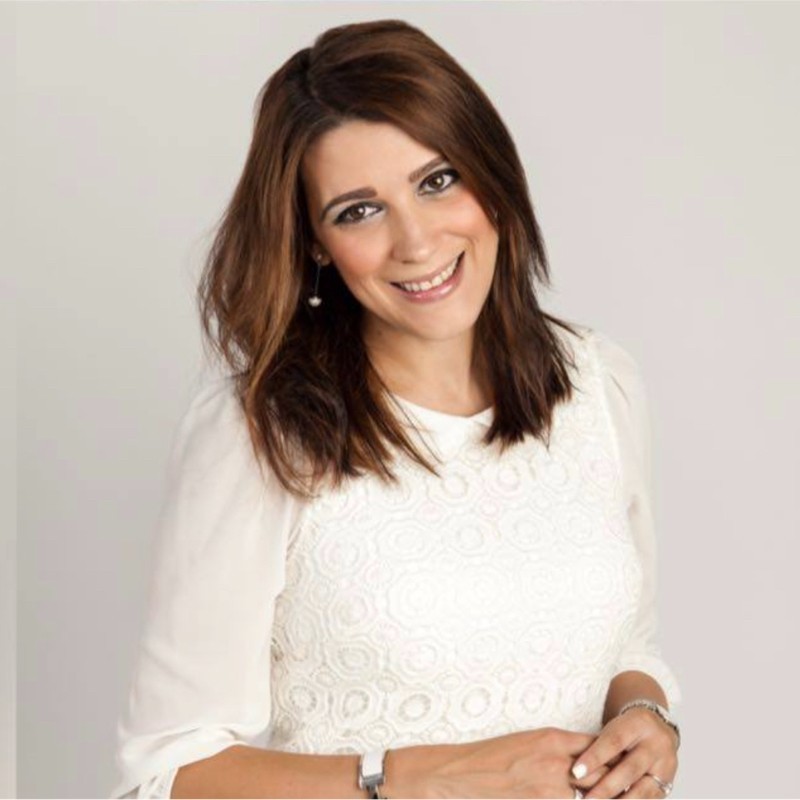 Ana Marinkovic
Executive General Manager, Business Direct & Small Business National Australia Bank
Follow :
listen to podcast
"Whenever you find yourself doubting how far you can go, remember how far you have come already and remember everything you have faced or the battles you have won and all the fears you have overcome"
~ self
PHOTOS
LISTEN
READ 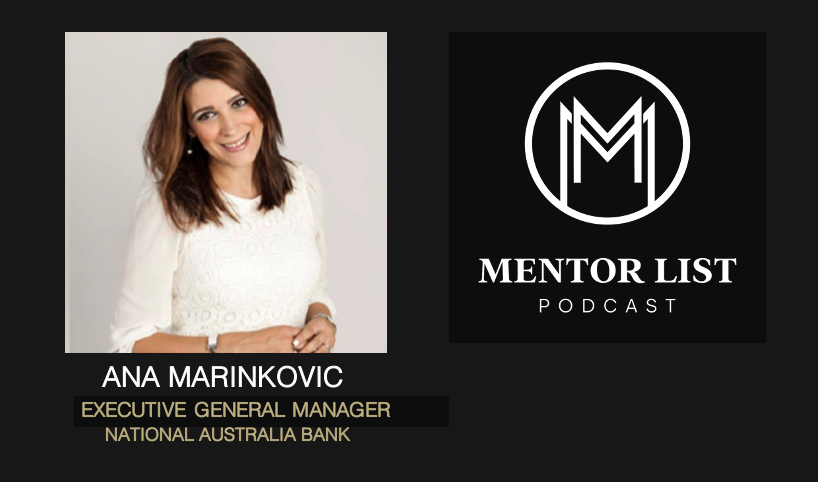 I actually had a wonderful childhood, Richard, in what is now Serbia and used to be Yugoslavia, a country that sadly no longer exists. In many ways, I was actually the last of a generation of Eastern European children raised within the spirit of socialism and elements of communist folklore and narrative. However, despite this, my family traveled extensively, and I had an opportunity to see and experience many, many different cultures across the world. Notion of hard work, status quo was also very heavily enforced. I was expected to study extremely hard, to have a great tennis game, to play a piano, ballet, to learn Latin and Russian, and of course read in both Cyrillic and Latin alphabets, all by the age of six.

So politics were also heavily debated in our household, and global events were dissected and analyzed This was a time also of the fall of the Berlin wall and all the things that were happening in Central and Eastern Europe. In those days, in socialist Eastern Europe in particular, children are expected to learn, listen, obey, and I do often reflect on how different my parenting style is now, although I can still be pretty demanding on my children fantastic.

When I was about 10 years old and Civil War broke out, which really shattered indiscriminately every Balkan childhood, including mine. As you can imagine, war is horrific on so many different levels, and I really do not think that one can empathize with its impact unless you can live through it. Gunfire and bomb shelters and lack of food, electricity, and no drinking water were our day-to-day status quo. But I also had some luck on my side and was smuggled out of the country when I was 12 years old. Then I was incredibly fortunate to have an opportunity to study and live in Australia. But sadly, I did not see my parents again until I was an adult.

Well, I was actually raised in a family of politicians and academics whose ideas on equality, of opportunity, and social responsibility were very deeply ingrained. Community really played such an important role, and there was this sense that everyone had to contribute to the common good. There was also this disinclination towards individual enterprise, which obviously I as an adult do not necessarily agree with. So I grew up believing and still do in the universal right to shelter, healthcare, and education for all.

My grandparents were aristocrats that turned to Marxism during World War II and then became politicians. My parents, on the other hand, were not political. Mom was a banker and now runs one of the largest hospitals in Serbia, and my father now retired was an agriculture engineer. They both worked full-time and had very active lives, which meant that my brother and I were often in the company of our grandparents, and that is really until the war broke out.

I suppose as you can glean from what I have already spoken about, I did indeed have a very interesting childhood, full of juxtapositions, a lot of privilege but also some very, very challenging times. But I tend to focus on the positives in the journey. My early childhood was wonderful because it instilled in me a love of learning and vision of broad horizons. So now I can actually apply a different lens and see the world through some different angles perhaps. The war years highlighted that nothing should be taken for granted and that you never quite realize how strong you are until being strong is actually the only choice you can make.

The refuge years and being separated to my parents and brother built up an enormous sense of resilience and adaptability, which has served me well to date, and I really think there is also this element of choice in life, regardless of your situation. But I also do feel this enormous gratitude that I was given another challenge when many of my contemporaries in the Balkans had not.

I have had a wonderful career in banking. I joined as a graduate some 15 years ago. I can’t quite believe it’s been that long but it has. Virtually, with each passing year, I was given an opportunity to work in a different role across every facet in the operations, strategy, or technology, digital, innovation. I was really blessed to have incredible bosses, managers, stimulators, and mentors who challenged me, gave me feedback that sometimes I did not necessarily want to hear but also really held me accountable through the entire journey. I find that it is just so important to surround yourself with the people that inspire you and whose values tend to be congruent to your own.

I now lead Australia’s largest small business bank, and this is an enormous privilege and responsibility that I feel every single day. Our key reason for existence at small business bank at NAB is to help Australians start, grow, and sustain their businesses. I know you said I’m not allowed to mention COVID. But in this pandemic environment, it’s actually never ever been more important to get that right for our customers.

I’m always inspired by the stories of people who have had to endure social upheavals, refugees who have restarted their lives, and women who have developed careers despite significant disadvantages. I’ve known many of those. And by virtue of working for such a large organization, I’m actually exposed to this incredibly diverse and rich environment of what I see as human experience at its best endurance and often triumph over adversity.

There are many, many, many stories of inclusion that I have heard or witnessed or even being part of, which I’m proud of. I really do not want to do any injustice to all of them by signaling only one. What I will say is that I strongly believe that strength lies in both differences but also in our similarities.

I would say to myself stop being so incredibly serious and diligent, and it’s actually okay to have some fun on the journey as well.

Not any particular quote but an overseas friend of mine recently sent me a text message that read whenever you find yourself doubting how far you can go, remember how far you have come already and remember everything you have faced or the battles you have won and all the fears you have overcome. I think that in this time and age, self-belief and confidence with anyone can ebb and flow. So it is really important to occasionally also reflect on the past as we tend to contemplate the future.

I’m currently reading a book on Count von Bismarck and his unification of Germany in Serbian Cirillics, so challenging on many, many fronts but what a story of leadership and vision at a completely different types. I'm also reading the latest memoir from Madeleine Albright. I started actually on the weekend and have nearly finished the wonderful Becoming by Michelle Obama. Really, really spectacular story there.

I do find that reading about inspirational people and their experiences navigating work and life is a wonderful way to reflect on one's own strengths but also opportunities and areas for development. But even I suppose more importantly, it allows an escape into a different authentic human experience. And as I’m a lifelong learner, I find that I can really learn from those books. 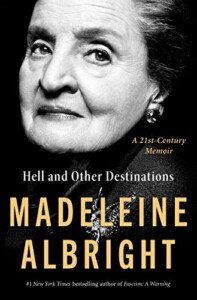 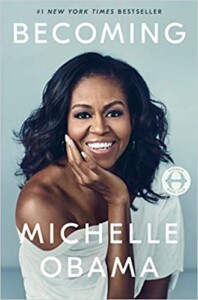